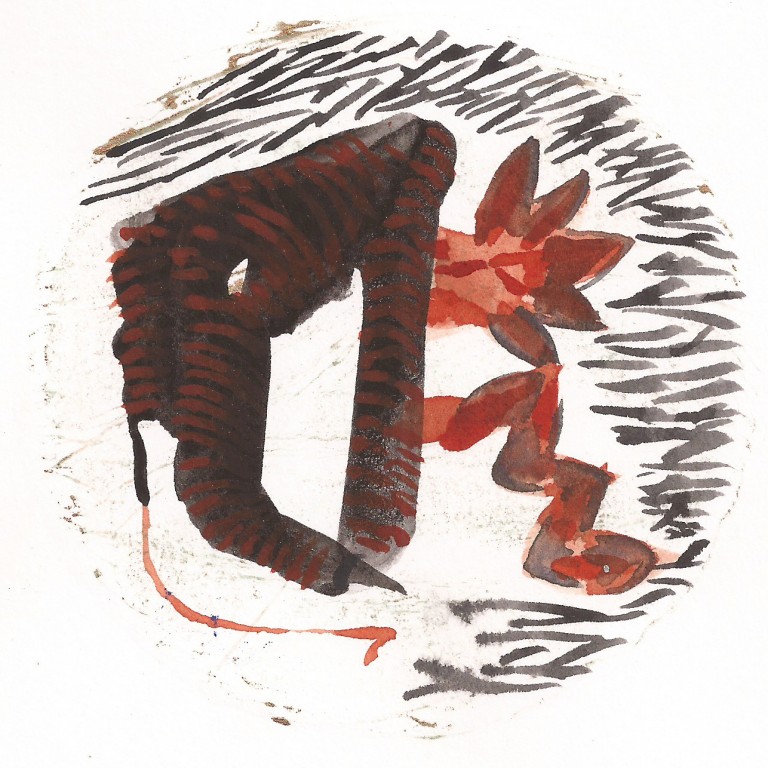 I see an animal on the left that looks like a fox and a scorpion.

Driving through a stone tunnel in southern England,

I see an animal on the left that looks like a fox and a scorpion.

The windshield blurs, as if smeared with vaseline.

Through it, I struggle to make out the suggestion of dark shapes.

Move from vague unease to terror.

Emerge from the tunnel.

Now the animal is on the right side of the car,

very close to the windshield,

perhaps even on the hood of the car.

It is a fox woman with bright glowing eyes,

her scorpion’s tale swaying in the shadows behind her.

I am terrified and annoyed at the cliché of my terror.

I had this dream while in the haze of whooping cough (who even gets that anymore?). Robert C said the fox was there to warn me to be genuine…Or did he say it was a challenge to be genuine?