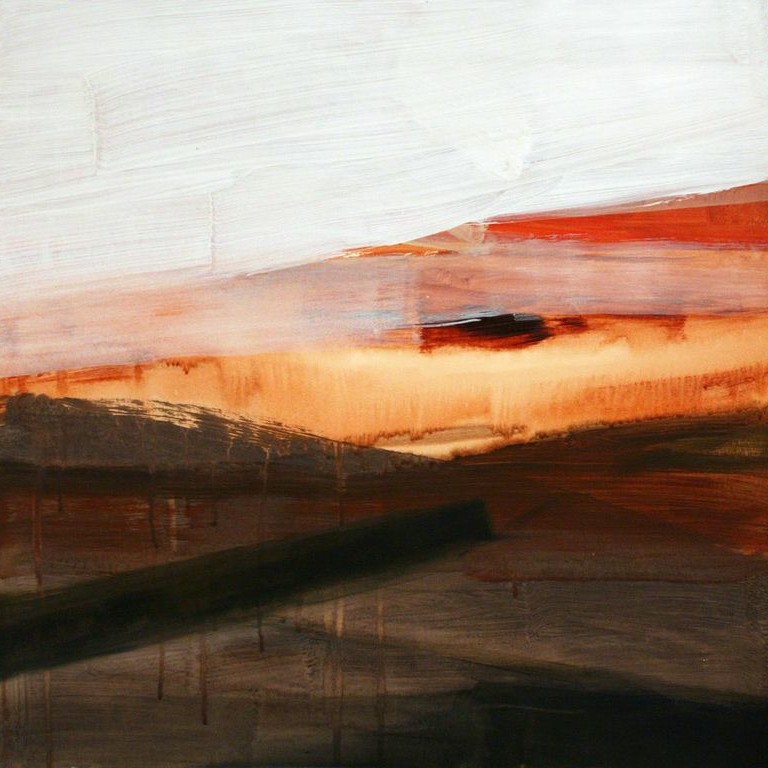 It was as though the tree stood in the sunlight and was at the same time the source of light.

I found myself in a dirty, sooty city. It was night, and winter, and dark, and raining. I was in Liverpool. With a number of Swiss—say half a dozen. I walked through the dark streets. I had the feeling that there we were coming from the harbor, and that the real city was actually up above, on the cliffs. We climbed up there. It reminded me of Basel, where the market is down below and then you go up through the Totengasschen (Alley of the Dead), which leads to a plateau above and so to the Petersplatz and the Peterskirche. When we reached the plateau, we found a broad square dimly illuminated by streetlights, into which many streets converged. The various quarters of the city were arranged radially around the square. In the center was a round pool, and in the middle of it a small island. While everything round about was obscured by rain, fog, smoke and dimly lit darkness, the little island blazed with sunlight. On it stood a single tree, a magnolia, in a shower of reddish blossoms. It was as though the tree stood in the sunlight and was at the same time the source of light. My companions commented on the abominable weather, and obviously did not see the tree. They spoke of another Swiss who was living in Liverpool, and expressed surprise that he should have settled here. I was carried away by the beauty of the flowering tree and the sunlit island, and thought, “I know very well why he has settled here.” Then I awoke.

On one detail of the dream I must add a supplementary comment: the individual quarters of the dream were themselves arranged radially around a central point. This point found a small open square illuminated by a larger street lamp, and constituted a small replica of the island. I knew that the “other Swiss” lived on the vicinity of one of those secondary centers.

The dream represented my situation at the time. I can still see the grayish-yellow raincoats, glistening with the wetness of the rain. Everything was extremely unpleasant, black and opaque – just as I felt then. But I had a vision of unearthly beauty, and that is why I was able to live at all. Liverpool is the “pool of life.” The “liver,” according to an old view, is the seat of life, that which makes to live.

This dream brought with it a sense of finality. I saw that here the goal had been revealed. One could not go beyond the center. The center is the goal and everything is directed towards that center. Through this dream I understood that the self is a principle and archetype of orientation and meaning. Therein lies its healing function. For me, this insight signified an approach to the center and therefore to the goal. Out of it emerged a first inkling of my personal myth.

After this dream I gave up drawing or painting mandalas. The dream depicted the climax of the whole process of development.