the father of the one who kitsched up the mirror 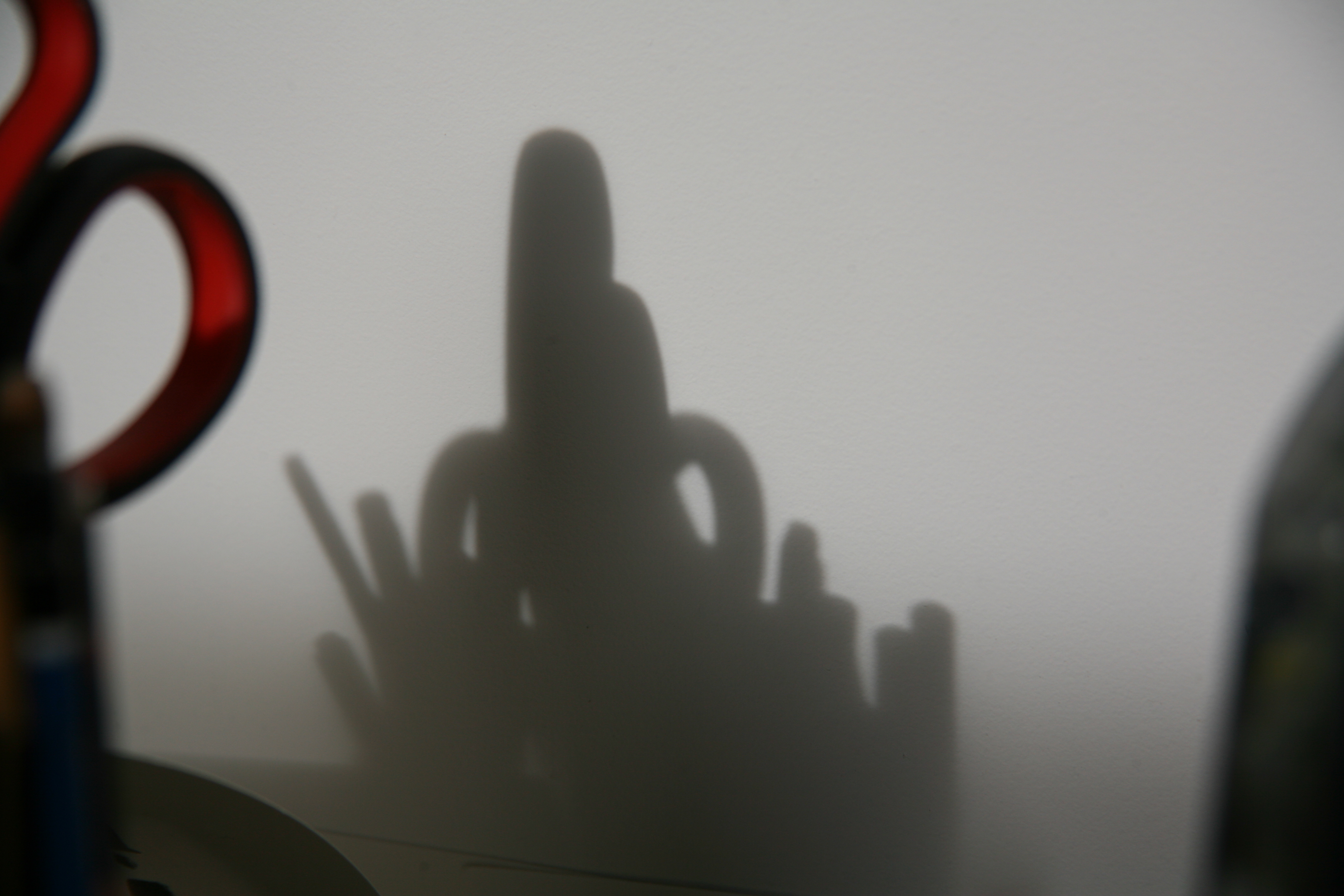 I had directed Mom and Dad and my brother David (who was younger than he is now) to a café.

Susi was in the café.

Mom and I formally waited for Susi to come out of the toilet; we missed her; she had sat down at the table I’d been at the day before.

“Look, that’s my chair,” I said. The chair was yellow, and also seemed to be combined with a kids’ toy and something David would make out of plastic or wire and paper, small but well-structured—I don’t know how to describe it.

A man entered the café with a big fish wall-hanging.

I said, “What’s this?” and then remembered that earlier in the dream I had sent off an elegant mirror for repair. They kitsched it up, even going so far as to put a blanket with Homer Simpson in place of the mirror.

“How much?” I asked, aware that the man and his dad had spent ages repairing it.

The older man—the father of the one who kitsched up the mirror—is a serious German artist with long grey hair who came by my house to talk about my work. I realized how secret and extraordinary it was to have him there and how lucky I was; how I couldn’t boast about it because it was a personal thing he was doing for me. It was only as we continued that I noticed that the fingers of his right hand were gone and he had a goiter-like bulge on his wrinkled neck. I was showing him paintings on the computer but it got turned over to photos and I couldn’t correct him. The screen became ever more tiled with photos of grass, hedges and a German church spire.

My house was a two-story out of town. The back door was open and I had a view of the sea.