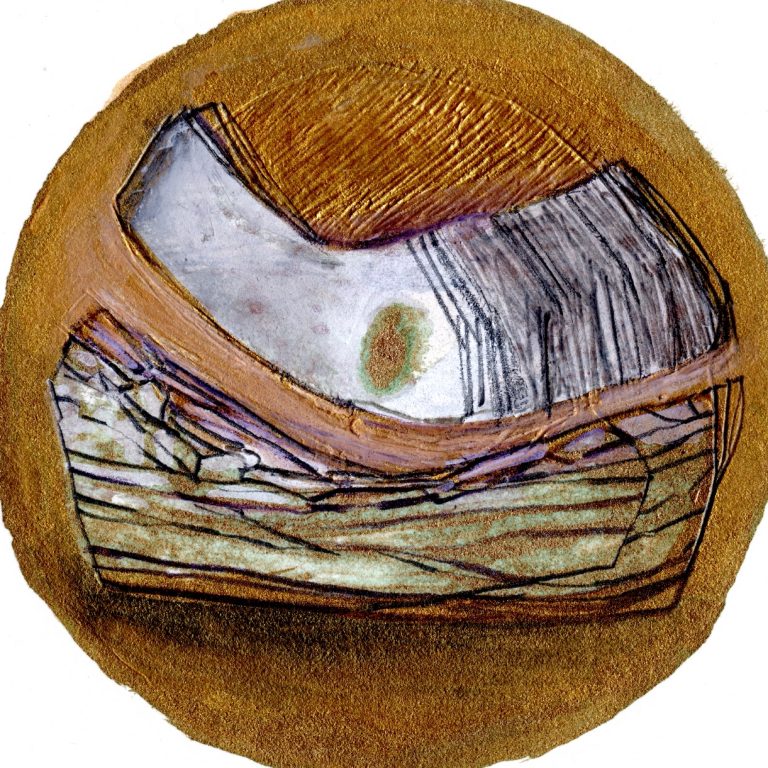 I am suddenly furious that he has become enamored with yet another arcane occult system.

My father stands on the stage of a toy theatre. He is dressed as an alchemist, in red velvet robes and scull cap. I sit at the foot of the stage looking up at him. The set behind him has the same geometrical depth of field as a Renaissance landscape painting.

He unfolds a large tapestry, which is divided into a grid. The tapestry isn’t in the Renaissance style, but is rather the velveteen sort you might see hanging in a Midwestern Episcopal church. Each square depicts the silhouette of a silver lamé knight on horseback in various poses. The figures shine in the bluish spotlight.

Then he begins to explain the intricate cosmology that the various knights’ poses represent, but I can’t follow what he is saying. None of it makes sense.

Suddenly, I am furious that he has become enamored with yet another arcane occult system and I scream, “WAKE UP!”