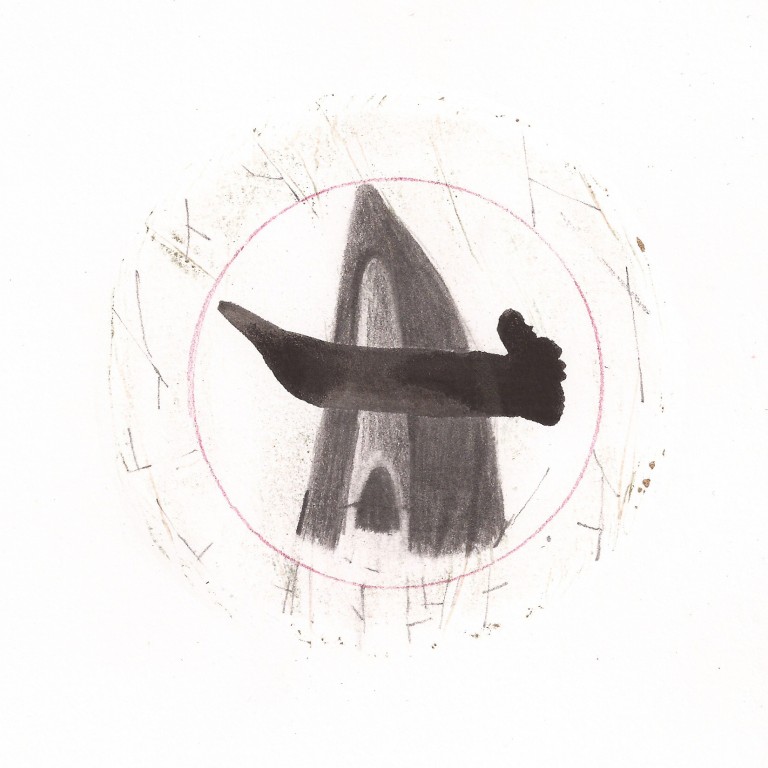 Struggling to Be An Artist

I do my own work—which consists of arranging a tiny jar and some twigs in a shoebox on my lap.

I sit cross-legged on the floor in a living room—not one I know, but it is definitely mine—in children’s pajamas.

The room is missing one wall, like a stage…or a diorama.

David Bowie, in a bathrobe, stands over me. He very pointedly says that he has “looked into Shambhala” in a way that implies that he does not think much of it. Then he sits behind me on the sofa to work.

I do my own work—which consists of arranging a tiny jar and some twigs in a shoebox on my lap.

I wake up and think that it was parallel play with David Bowie.

I show Nuala what I have made over the past few months. It consists of bits of paper and primitive drawings a three year old might make with marker. There are probably about 15 of them. She considers each one for a long time, commenting on one: a column of shaded pencil with a pink circle drawn around it and a dark horizontal slash through the center of it. She says something about its intensity or that it has strong emotional content. (It seems like a child’s version of the Tantra circles from the book on Tantric Art we both have.)

I wonder what she means as it all seems so trivial and irrelevant to me.