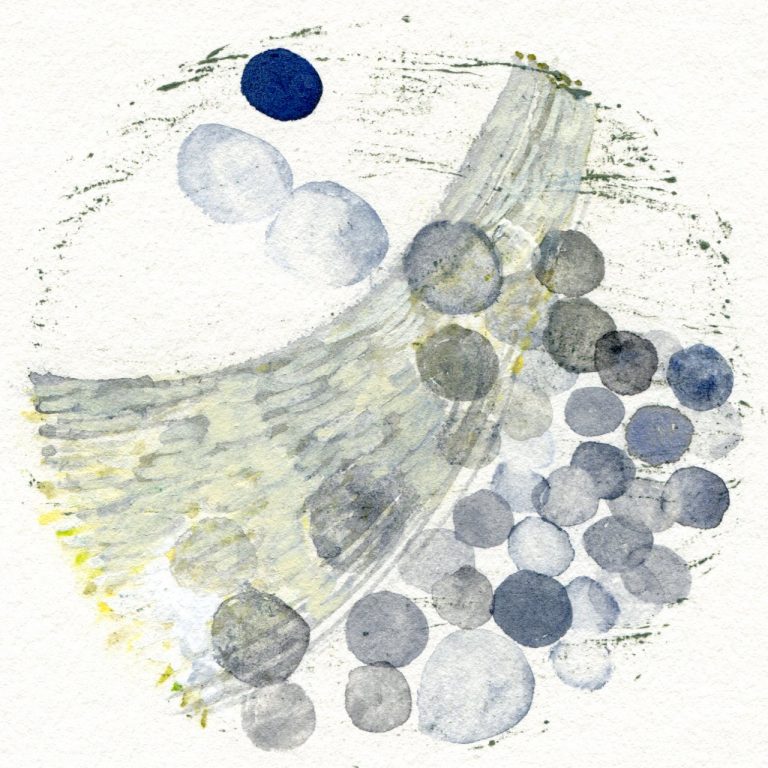 (...) flying along an overpass flanked by blue fiberglass waves that became iridescent as they caught the passing light.

I was in charge of looking after the 11-year-old boy my roommate usually babysits. I took him to Harrison, New York to see their Natural History Museum. Everything took a long time–much longer than it normally does in New York City. We made lots of transfers from the subway to Metro North and finally got to Harrison.

It was late afternoon. I looked at the Google Map app on my phone to see where the museum was and learned that it closed at 6pm. It was nearly 5pm. The boy was annoyed with me and said if he’d known that the museum closed so early that he never would have agreed to come. I reassured him that 45 minutes would be plenty of time to spend at the museum.

We rushed from the train platform down the ramp to the taxi stand. Taxis dropped people off, but as soon as passengers alighted the taxis would zoom away. They would not let us in. Someone then informed us that the taxis only accepted passengers on the other side of the street. We crossed over and entered a depot of some kind where people sat to wait for their connections and where snacks and coffee could be had. I asked an African man who was wearing a Metro-North uniform where the taxi queue was. He rolled his eyes at me, pointing out the door, and said, “Just follow the signs that say taxi.” A group of men had joined him and they all laughed at me, pointing to the scrolling LED sign that said “TACS” and other made-up foreign words for taxi. I, in turn, rolled my eyes at the group of men, which they found funny and suddenly we were all friends. The queue was long and no taxis seemed to be coming. The hope of making it to the museum before closing time grew dimmer.

Suddenly a passenger van rolled up. A lot of us loaded in. I sat in the very back next to a stranger. The boy sat in the row in front of me to the left. Just before the van took off a black lady rushed onto the van to grab a suitcase she’d left behind. She was wearing a lime colored blouse, which matched her lime and grey brocade suitcase. She was very apologetic.

The van took off and we were driving down a highway when I realized that the driver, a Hasidic man, didn’t know where I wanted to go. We were flying along an overpass flanked by blue fiberglass waves that became iridescent as they caught the passing light. These were the logo of the Moose Town Museum.

“This is where I need to go!” I called to the driver. This caused a bit of a commotion, as they had not planned on stopping here.

The driver managed to pull off the highway into a parking area and the boy and I scrambled over several large, middle-aged women in puffy coats. One woman fell out of the van trying to let me out. I apologized, but she was a good sport about it.

“We still have 45 minutes before the museum closes,” I informed the boy and he seemed satisfied. We walked through a boarding dock area over to the entrance. I opened a door to go inside but realized that it was the entrance to a restaurant; the main entrance was the next door over. Chagrined, I took the boy over and queued to go inside. Fortunately, this one was moving much more quickly.